Roanoke businessman Gordon Willis Sr., a who played a role in some of the most significant issues of his time, died in late December at 90 after a long illness. Professionally, he worked in his family’s business, Rockydale Quarries Corp., and he was an organizer of North Cross School and the Virginia Community College system, also serving as chairman of the State Council of Higher Education for Virginia.

He worked in the 1960s on Roanoke’s biracial committee, which helped ease the tensions that led other communities into explosive confrontations. He was honored with, among other things, Noel C. Taylor Humanitarian Award from Total Action Against Poverty and a Brotherhood Award from the National Conference of Christians and Jews. In 1992 by Gov. Douglas Wilder named him a Cultural Laureate of Virginia. Virginia Tech’s experimental Smart Road was named after Willis because of his advocacy. He served on the board of Roanoke Electric Steel Corp. (Steel Dynamics Roanoke Bar Division).

Posted by moreFRONT at 7:49 AM No comments: 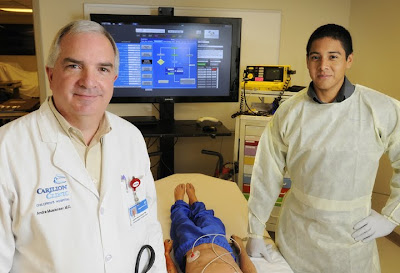 At a practice emergency room facility, Dr. Andre A. Muelenaer Jr. (left) and Virginia Tech College of Engineering graduate student Carlos Guevara display the large-screen digital format of the Broselow Tape, developed in conjunction with the college, Carilion Clinic Children’s Hospital and the tape’s original creator, James Broselow.
A well-known paper-based medical chart used by pediatric emergency personnel across America is undergoing a 21st century boost in an collaborative effort between Virginia Tech’s College of Engineering, Roanoke-based Carilion Clinic Children’s Hospital and the physician who created the original method some 25 years ago.

The Broselow Pediatric Emergency Tape – otherwise known as the Broselow Tape -- has been a staple of emergency rooms and child trauma units for nearly three decades. Created by Hickory, N.C.-based physician James Broselow, the Broselow Tape is a long, durable tape measure used on child during a medical emergency.

Using a color-coded format, it provides a specific medical instructions – amounts of medicines to dispense or level of shock voltage to emit from a defibrillator, for instance – to medical caregivers based on the height and then subsequent weight of the child. This information now will be displayed on a large LCD monitor within emergency rooms, for all personnel to see.

“We are converting the existing Broselow Tape into an electronic format to improve resuscitation team communications and patient safety,” said Dr. Andre A. Muelenaer Jr., an associate professor of pediatrics at the Virginia Tech Carilion School of Medicine and director of the Pediatric Medical Device Institute, located in Roanoke.

A click of a mouse/remote control can move responders from one screen to another. The software running the newly-dubbed eBroselow software program runs on LabVIEW, owned by National Instruments. Known as TEAM Broselow, the method is being tested at various hospitals, including facilities in Roanoke; Austin, Texas; and Winston-Salem, N.C., and will be fine tuned as additional input comes in from doctors, nurses, and other medical personnel, said Muelenaer.

Many of the new features already include input from medical personnel around the country, Muelenaer said.
Posted by moreFRONT at 11:47 AM No comments: 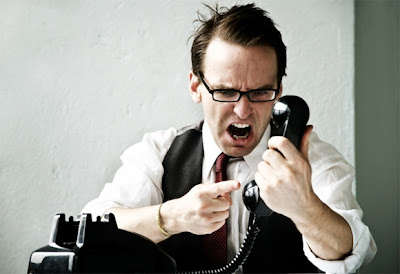 Valley Business FRONT's cover story for March will be an examination of customer service in our Roanoke Valley-New River Valley regions and we'd like your help in livening up the story with some good examples of customer service: the good, the bad and even the ugly.

We do not want anonymous stories. We are asking for stories that are true and telling of the kinds of customer service one can expect in this region. We will likely contact any companies named for their side of it if negative, but if you don't name the company--simply give the area it works in, say "a bank in Roanoke"--we will go with your story.

We would like to take photos of those participating, as well.

Let us hear your stories and tell them to the business community. That community can learn from them. 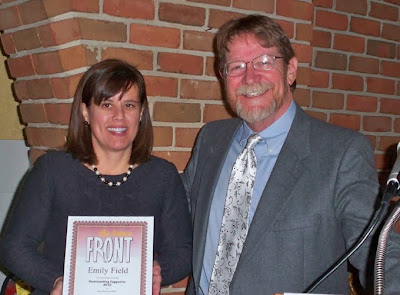 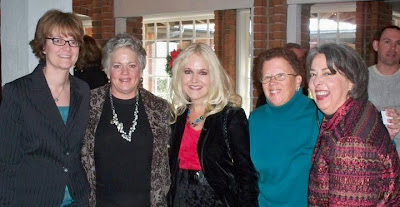 David Perry (right rear) apparently wishes he could be one of the girls: Jill Elswick (from left), Jane Dalier, Susan Ayers, Anne Piedmont and Donna Dilley.^ 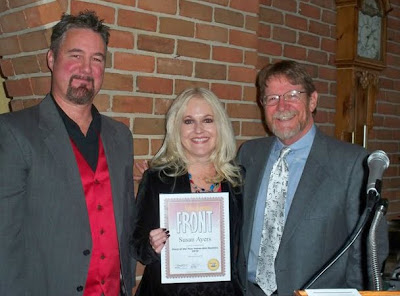 Susan Ayers gets one of her two awards from Publisher Tom Field (left) and Editor Dan Smith.^ 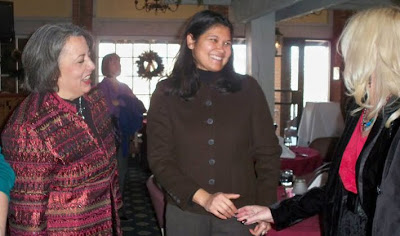 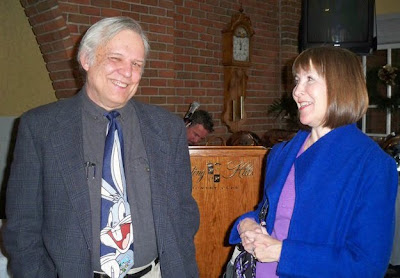 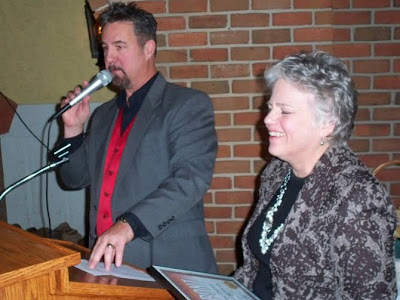 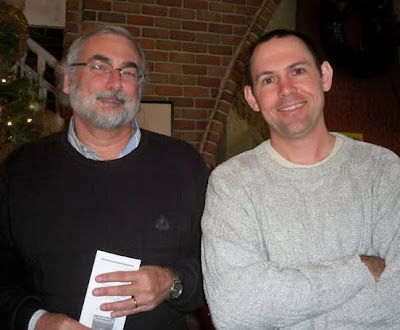 Writers Mike Miller (left) and David Perry pose. Below speaker Nancy Agee of Carilion with her pal Dan Smith and award winner Rob Johnson.^
Valley Business FRONT's annual writers awards luncheon was a source of celebration for nearly 30 people who contribute to the region's best business publication. Guest speaker Nancy Agee of Carilion, who was FRONT's first subscriber and who is a member of its editorial board and a voracious reader, praised the quality of the writing in the magazine.

A list of award winners is in the following post. Alison Weaver became the first person to win both the Contributor of the Year and Story of the Year awards. 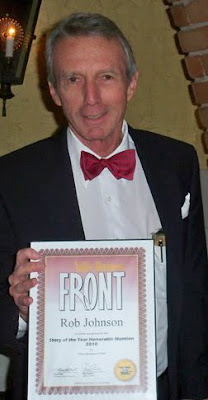 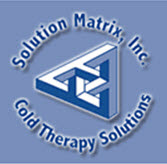 Solution Matrix, Inc., a leader in cold-therapy products for the health care industry, will relocate its headquarters and manufacturing operations from Pennsylvania to Franklin County. The company expects to be in operation by November 2011.

The company will invest $2.25 million in building and equipment, constructing a 25,000-square-foot facility on a 4.27 acre site in the Franklin County Commerce Center along US Highway 220 south of Rocky Mount. Employment is projected to be 80 within three years.

Positions will range from production workers to managers and the average annual wage for all jobs will be between $20,800 and $37,440.

“Solution Matrix is a growing business and market leader," says Charles Wagner, chairman of the Franklin County Board of Supervisors. "It is the kind of state-of-the-art company we seek to attract to Franklin County and our community is pleased to welcome another health science company to the Commerce Center."

“We are delighted to welcome a medical equipment manufacturer to the region," says Beth Doughty, executive director of the Roanoke Regional Partnership. "It strengthens this growing cluster." 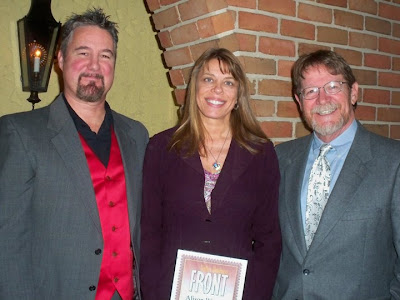 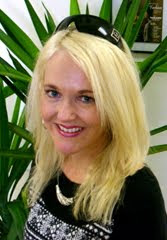 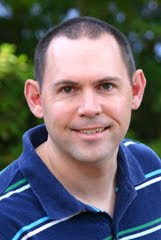 Alison Weaver became the first double winner in the annual Valley Business FRONT Writers Awards Tuesday at the Hunting Hills Country Club. Alison's distinction does not just cover the two-year history of the FRONT, either. It goes back to the Blue Ridge Business Journal, where the awards began more than 15 years ago.

She was named both the Contributor of the Year and finished first in an extremely strong field for Story of the Year for her piece "Frat Boys of ITT," the story of a group of fired fiber optics division professionals who went on to great success in other careers. Several of her cover stories were in the final mix of the competition, but runners up were Susan Ayers ("Real Estate") and Rob Johnson ("Betrayed").

Alison was an assistant editor with the Blue Ridge Business Journal about 15 years ago and later became a copy editor at the local daily paper. She has worked with FRONT virtually from the start.

Susan was selected as the Editor's Choice award winner by Editor Dan Smith who chooses his own criteria each year. This year, he said, "the award goes from Susan's terrific grit. She is a bulldog who won't let go of a story until it's right--in much the same vein as Alison. But she's a newbie, working at this level for less than a year. She has been truly impressive."

David Perry, last year's Contributor of the Year, took the Photograph of the year, a shot of a local banker riding a bicycle that was filled with motion. Janeson Keeley, another rookie who has written 12 columns for FRONT on the Internet, was the Columnist of the Year. Said Smith, "Janeson works this beat like nobody else. She only gets about 500 words an issue, but often interviews as many as six people for a column."

Office Manager and bookkeeper Emily Field was named the Staffer of the Year for her overall contributions to the business--which are enormous--and Jane Dalier, an advertising executive who has taken over social media marketing--won the Marketing Guru Award, as selected by Publisher Tom Field.
Posted by moreFRONT at 8:45 AM No comments:

The Regional law firm Spilman Thomas & Battle has formed the Community Banking Group to serve the needs of community banks. “We are excited to offer legal services tailored to community banks,” says Eric W. Iskra of client relations. “We have closely followed the growth trend of smaller banks and financial services providers for several years, and we see this sector as a real driving force in the economy of the Mid-Atlantic Inland Basin.”

This new Spilman practice group consists of an insightful and experienced team of more than 20 attorneys from a cross-section of Spilman’s current practice groups. In comprehensive fashion, its attorneys will advise clients across a broad range of areas of law including: mergers and acquisitions, tax, wealth management, labor and employment, regulatory, securities, white collar/compliance, construction, corporate, and bankruptcy and creditors’ rights – in addition to traditional banking and finance matters.

Timothy R. Moore, Counsel in Spilman’s Winston-Salem office, will lead the new practice group. He has a depth of experience working with community banks, as well as extensive knowledge in traditional banking and finance law. Moore says

, “These firms, which are regulated differently than larger FDIC-type financial institutions, have different needs when it comes to legal advice and representation. We responded by aligning our services and organizing our personnel to directly serve community banks and savings banks around their specific needs. Our goal is to act as an extension of our community banking clients rather than an outside service.”
Posted by moreFRONT at 2:22 PM No comments: 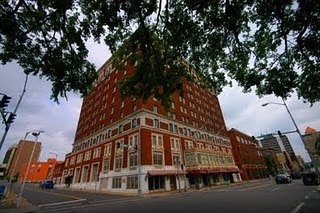 Patrick Henry Hotel in downtown Roanoke.^
Roanoke's Jefferson College of Health Sciences (JCHS) will house its fall 2011 resident students in the Patrick Henry Hotel building that is currently undergoing a total renovation at 617 South Jefferson Street. Developer Ed Walker is creating a multi-use facility at the old hotel, most of its rooms being residental.

In summer 2010, all JCHS services and resources were relocated to CRCH from the Reid Center at 920 South Jefferson Street. The agreement comes as JCHS continues to see record numbers of applications from prospective students, which also increases the demand for housing.

JCHS will occupy multiple floors in the new residence space at the Patrick Henry building, each of which will include one-bedroom, two-bedroom and studio apartment style units.
Posted by moreFRONT at 1:19 PM No comments: