The facility is at the Roanoke Centre for Industry and Technology and will be on property that had been occupied by a company making ceramic chip capacitors. The company’s $12.65 million investment is part of a nationwide expansion to boost daily package volume capacity and further enhance the speed and service capabilities of the FedEx Ground network.

The new facility will be able to process 50,000 packages per day, up nearly 30,000 from its current regional facility in Salem. The facility will dispatch 80 trucks daily from the new location.

The facility will be open in the fall of 2013 and 75 jobs from its existing facility will be transferred there. Fifty home delivery jobs will remain in Salem. Since 2005, FedEx Ground has opened 11 new hubs and expanded or relocated more than 500 local facilities. Since 2003, FedEx Ground has improved the transit time in more than two-thirds of its lanes by at least one business day.
Posted by moreFRONT at 7:39 AM No comments:

Novozymes, a bioinnovation company with a major plant in Roanoke, and Syngenta, one of the world’s leading agricultural companies, today announced an exclusive global marketing and distribution agreement on the microbial-based biofungicide Taegro, a natural solution with multiple modes of action used to combat fungal diseases across various crops.

“Using technology developed by Novozymes, Syngenta will provide farmers all over the world with a biological product to help sustainably combat fungal diseases in a powerful manner.”

Taegro offers a biological solution in the form of a microbial-based fungicide, based on the naturally occurring Bacillus subtilis bacterium, which is complementary to existing fungicide technology. It effectively targets fungal diseases such as Rhizoctonia and Fusarium on fruit and vegetables, and its application is expected to be expanded to a wider portfolio of broad-acre crops such as wheat, soy and corn. Under the terms of the agreement,

Novozymes and Syngenta will share the task of bringing Taegro to market. Syngenta will be responsible for sales, marketing and distribution, while Novozymes will be responsible for production and registration. Trials are planned to secure data to continue to build on the current U.S. registration in other regions, following which the two companies aim for a global rollout. Financial details about the agreement are not being disclosed.
Posted by moreFRONT at 7:50 AM No comments:

Anne Clelland To Present in D.C.

Handshake Media president Anne Giles Clelland will present “The Entrepreneurial Clinician: What Clinicians with Great Ideas for Health Care Mobile Apps Need to Know” during the mHealth Summit at the Gaylord National Resort and Conference Center near Washington, D.C. on December 5. She writes the Business Advice column for Valley Business FRONT.

Her address will be part of the session “What Goes into Making an Extraordinary mHealth App?” It will outline best practices in mobile entrepreneurship, and include a case study about Cognichoice(TM), the personal and social behavioral health application platform from Handshake Media.
Posted by moreFRONT at 8:46 AM No comments:

A study performed for the Roanoke Higher Education Center has revealed that 59 percent of the 377 local large businesses who responded have employees enrolled in college classes, an astonishing number. Many of those students are at the Higher Ed Center, among 2,100 students, about 80 percent of whom are in a degree or certificate program.

The survey, conducted by Clarus Corporation, also interviewed 400 adults who are interested in education and the conclusion was that 24 percent of them want to be in an educational program within the next two years, 30 percent are taking classes and 70 percent are working on a degree.

The study was conducted, says Higher Ed Center director Tom McKeon, "because we wanted to identify any gaps. There are implications for our current members [14 colleges and universities] to restructure or enhance their programming to meet the needs of adult students. This study is an opportunity to see where the gaps are so we can fill them ..."

The study reveals that the bachelor's degrees people are most interested have a heavy business emphasis (business, management, accounting) and that master's degrees also include business in the top three.

Perhaps the most surprising finding in the survey was that employers who plan to hire in the next two years are not looking for workers with degrees, except technical education certificates. Most, 65 percent, want people with high school or GED (43 percent) or technical (22 percent), but 19 percent said they would be satisfied with no education at all. Those wanting workers with degrees were five percent for junior college, 8.5 percent bachelor's and 1.4 percent advanced. That pretty well flies in the face of conventional wisdom. "What we're seeing," says McKeon, "is that companies want to hire the people, then invest in them" with further education.
Posted by moreFRONT at 1:39 PM No comments:

Ply Gem Windows of Cary, N.C., a manufacturer of window and door products for residential and light commercial construction, has announced the addition of 200 jobs and a significant capital investment at its Rocky Mount manufacturing facility by the end of 2014, reflecting an improvement in demand for the company’s products.

“The investment in the Rocky Mount facility will ensure the local community will benefit from our growth initiatives,” says Lynn Morstad, president of Ply Gem Windows, who made the announcement during a news conference today at the Franklin County Government Center. "Through these initiatives, we are looking to bring our job count at the Rocky Mount facility to 1,100 associates by the end of 2014.”

“In addition to job creation, the investment in Rocky Mount is part of our company’s Enterprise Lean initiative, which includes manufacturing improvements such as new extrusion tooling, equipment, products and information technology,” said Morstad. “We are focused on enhancing Ply Gem’s product offering and customer experience to support planned growth from the housing market recovery, as well as improved market share from new customers and products. This expansion demonstrates the confidence we have in associates at the Rocky Mount facility to deliver superior products and service to customers throughout North America.”

The investment was made possible, in part, by grants from the Virginia Tobacco Indemnification and Community Revitalization Commission, Franklin County and the Town of Rocky Mount. The company also is receiving assistance from the Virginia Jobs Investment Program through the Virginia Department of Business Assistance.

The current manufacturing facility was established in 1939 and acquired by Ply Gem in 2004. Over the years, the plant has manufactured a variety of products and today it is a manufacturer of  vinyl, vinyl-clad, aluminum-clad and wood windows and patio doors for residential and light commercial construction.
Ply Gem, the corporate parent of Ply Gem Windows, recorded more than $1 billion in sales in 2011.

Posted by moreFRONT at 12:28 PM No comments:

The bumpy ride of the promising Taubman Museum of Art in Roanoke--the $66 million facility that has been controversial since the day it was announced as a possibility--appears to be over because of the largess of some deep-pocket founders.

At a news conference this morning Board Chairman Nick Taubman of Advance Auto announced that the museum will no longer charge admission, depending instead on contributions from monied supporters--including Taubman and his wife Jenny and Heywood Fralin, three of the people most instrumental in the opening of the museum.

A new board of directors has been appointed and because of that President/CEO David Mickenburg resigned. "When a new board is appointed, it deserves the right to pick its own director," said Mickenburg this morning. "This has been a great board to serve." Mickenburg, who says he and his wife have just closed on a house in Roanoke, plan to stay here and he wants to "reacquaint myself" with his wife.

Board Member Bill Elliott, who has been the interim president for a while, said Mickenburg "has done what he came here to do: create a first class museum. There has been a tremendous move forward under David.

"David has done everything the board asked him of him to implment our vision during the most difficult environment," said Taubman. "We commend his tireless efforts and thank him for helping to make the Taubman Museum of Art a showcase that touches so many people's lives."

The new board "has personally committed to securing the museum's fiscal future with significant final contributions," said a press release. Advance Auto Parts has chipped in $150,000 in operating expenses in order to get rid of the admission fee.

Taubman said, "The Taubman Museum of Art is a vital part of the fabric of our community. Every day it touches the lives of children, college students, art lovers, visitors, fellow cultural institutions and non-profit organizations throughout the Roanoke Valley and beyond.

"The museum has made strides over the past few years, expanding programming, welcoming new exhibitions, growing membership, offering more classes, and reaching out to build partnerships and relationships. The plan we are announcing today ensures a viable financial future for this special place ..."
Posted by moreFRONT at 12:02 PM No comments:

A Celebration of Manufacturing at Frank Chervan Inc.

National Manufacturing Day at Frank Chervan Inc./Kellex in Roanoke was a celebration of the companies' 165 workers (with 2,280 collective years of experience) this morning.

Chervan moved in next door to Kellex five years ago (closing a big factory with 180 workers in Bedford) and their rise has been meteoric since with sales increasing steadily. The companies produce 500 to 1,000 chairs for the hospitality industry daily.

Chervan President Greg Terrill not only praised his gathered workers but predicted a strong comeback for U.S. manufacturing in the coming years. He says it is all but inevitable because the political and public support is there.
Posted by moreFRONT at 1:46 PM No comments:

Forty-six companies and individuals from the Roanoke Region are finalists for the Gap 50 Awards, including Handshake 2.0, which is owned by Anne Clelland, the Business Advice columnist for FRONT.

The Center for Innovation and Technology sponsors the awards, which go to 50 entrepreneurs who have created companies in life sciences, technology and energy. Finalists have received at least three nominations. there are 269 nominations from across the state.


Among other notables are Sam English of AttentionPoint, Cameron Johnson of Cameron Johnson Inc., Brandon Croy  of Cloud Conservatory, Nathan Latka of Lejure, Doug Juanarena of Rackspace, Johathan Hagamier of Interactive Achievement, Dave Malone of MoGo Mobile, Russ Ellis of Excellos, Ken Ferris of Brookwood Management (among many businesses), Bob Summers of Friendeo, Vinod Chachra of VTLS and many others, whom you can view here.
Posted by moreFRONT at 10:11 AM No comments: 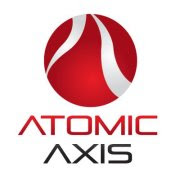 Atomic Axis, a mobile solutions company based in Austin, TX., announced today that it is establishing an office in Blacksburg. The company's new satellite office, which will be located at TechPad in downtown Blacksburg, will initially be targeted iOS development and creative roles.

Atomic Axis' decision to locate an office in Blacksburg is anticipated to result in the creation of 30 new jobs in Montgomery County over the next three year.

"Establishing an office in Blacksburg is a strategic move for our company," says Marcus Turner, CTO of Atomic Axis. "When deciding on a location, we found it to be a place where people want to live, collaborate with forward thinking institutions and contribute within a strong technical community. We believe that this is the ideal environment for our business."
Posted by moreFRONT at 9:47 AM No comments: